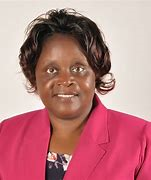 The battleline for the seat of Nyamira county women representative so has far attracted three candidates drawn from three disciplines. This is the only time when the seat that used to attract a big number of candidates has attracted a minimal number this time around. The three aspirants include women rep Jerusa Momanyi, businesswoman Josphine Omanwa and Wilkister Morara. Jerusa who is a teacher by profession was elected to the position after flooring journalist Alice Chae who was the first woman to be elected as Nyamira county women rep.

Jerusa hails from Kitutu Masaba constituency which has always registered the highest number of voters while Wilkister and Josephine both hail from West Mugirango constituencies. So far, Borabu and North Mugirango constituencies, which also form part of Nyamira county, have not fielded any candidate. Janet Ondieki who contested for the seat unsuccessfully in the last general election has opted out for the seat of the MP in North Mugirango constituency. Jerusa has a headstart since she hails from a constituency which is known for solidarity when it comes to voting particularly in the election of the women seat. Jerusa has a number of challenges ranging from only assisting her own children and relatives particularly when it comes to employment. 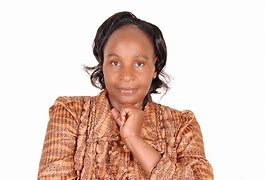 Despite closely working with Interior and National Government cabinet secretary Fred Matiang’i, she was using the relationship to boost her own selfish ambitions and that of her family members and relatives. In terms of development, she is accredited for serving all the four constituencies without bias, a factor that has made her leadership felt across the county. Omanwa is the only person who is giving Jerusa sleepless nights. Omanwa who is a Jubilee party supporter and diehard stands at a better position of dislodging the incumbent from owing that she was using her personal resources to do development in the whole county. She has also deeply invested in youths, the old and the vulnerable in society who play a vital role in determining the women’s leadership in the county.

She has the advantage of coming from the Bosamaro clan, which is well known for voting as a bloc when it comes to the general elections. In terms of network, she has more connections among all cadres in the county, a factor which gives her an upper hand. Nyangito who is making her first attempt in politics in the county cannot be ignored. Despite being the last to declare her interest, her impact is being felt in all corners of the county. She hails from Bonyamatuta clan which has also produced the first governor of Nyamira county John Nyagarama. Nyangito has promised the voters that given the opportunity as the area women in 2022, she could be a county model in terms of development and unity.

Wambora versus MCAs, who will carry the day? – Weekly Citizen