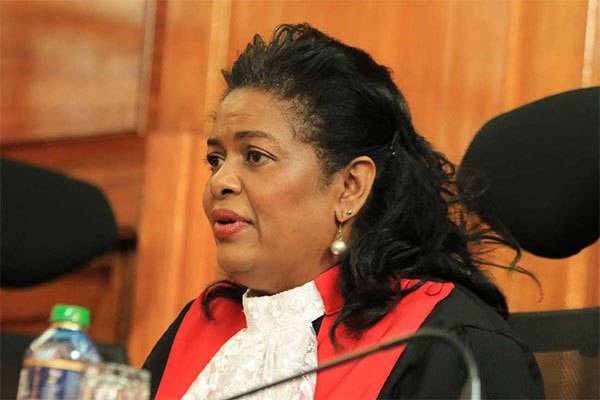 Chief Justice David Maraga is lobbying to secure a top United Nations job starting early next year and is the reason he has opted for an early retirement, less than a year before his term comes to an end, we can authoritatively report.

The UN, an insider at the Judiciary speaking on condition of anonymity revealed, picked Maraga for the top job from a pool of other candidates due to his sterling performance where he is on record as the only top judge in Africa to nullify a presidential election.

Maraga was the first Chief Justice in Africa to preside over the overturning of a presidential election the only similar court rulings being from Austria, Haiti, Ukraine, Serbia and the Maldives.

The Chief Justice, who is the president of the Supreme Court of Kenya, led judges Philomena Mwili (Deputy Chief Justice), Smoking Wanjala and Isaac Lenaola in invalidating the presidential election citing irregularities and illegalities in the transmission of results which was done manually and electronically.

However, Justices Njoki Ndung’u and JB Ojwang dissented while Justice Ibrahim did not deliver his judgment after having been taken ill on the second day of hearing.

The ruling saw Maraga win praise from the international community which termed it as a hard-fought victory for the rule of law and sign of Kenya’s maturing democracy.

The UN, according to sources, also settled on Maraga due to his ability to withstand political heat to accomplish his goals.

This was evident after he remained cool even after president Uhuru Kenyatta castigated him and the judges as wakora (crooks).

Other considerations the UN took into account was Maraga’s confidence in his work which saw him, after the historic ruling, go on with his normal duties despite the political tension the judgment plunged the nation into.

According to sources, Maraga has landed one of the top jobs at the UN which will fall vacant in 2021.

According to sources, Maraga, 69, has already signalled his intention to retire early, just like his predecessor Willy Mutunga.

But the reports have raised fears of a possible crisis at the Judiciary and the Supreme Court.

The JSC, which employs judges and magistrates, is currently grappling with insufficient numbers of Court of Appeal judges following a protracted standoff with Uhuru who has refused to appoint nominees presented to him.

Maraga has in the past expressed frustrations over the National Treasury’s move to cut the Judiciary budget, saying it had delayed construction of courts across the country.

He had wanted to establish High Courts in every county and subcounty but the budgets cuts have dealt him a blow on some of his pet projects.

For instance, the establishment of a High Court in Tana River county which had none was meant to reduce cases backlog.

The CJ had also complained of the crippling of tribunal courts but have since been resuscitated after Treasury released funds.

He is also said not to be happy with abuses hurled at him by some politicians.

And despite having seemed to have mended fences with the executive, the CJ is reportedly still unhappy with the manner he has been treated at state functions.

The situation was compounded by effects of budget cuts that left Judiciary without essentials such as fuel for cars, tea, photocopying material and other facilitations for himself and other judges.

Insiders say the politics around Maraga’s succession has seen lobbying split the courts in as far as support for hopefuls is concerned. During Moi’s funeral, Maraga was missing raising questions but those in the know say he had gone to finalise some matters on his new job.

Is Harmonize’s solo career going down the drain?

Shock as another foreigner murdered in Kilifi County – Weekly Citizen