Newspapers and televisions are awash with stories of sibling rivalry but not all cases are similar and this is why humble 53 year old businesman Ahmed issak takes each day at a time as he hopes to get protection and justice after receiving death threats.

Well, it all began after the death of his parents who left him in charge of their family business and his siblings who would get a share of the charge family business with time.

At first all seemed rosy until one of his siblings and a nephew’s greed to run and manage things in the business got the better of them.

Close sources to Ghafla intimated that the nephew alias ‘Mandevu” is the thorn in the family business flesh. A few months ago all hell broke loose when an employee,also a relative, working at the hardware as a cashier got shot dead on his way to banking their daily proceeds along a busy Mombasa street.

What followed next were death threats on phone and promises of him not ever seeing another sunset.This prompted him to seek help from police in Makupa police station where he recorded statements. 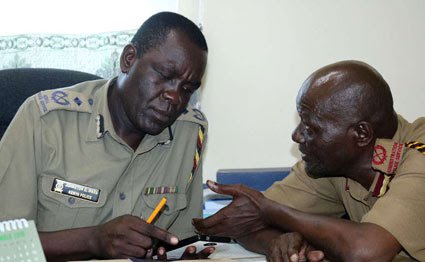 It did not take long before the policemen doing the investigations started stalling and to his realization,the police men had already been paid out. Mr Ahmed was then forced to travel to Nairobi to seek help at the CID offices but unfortunately this did not make his situation change in anyway.

With the investigation still going on,what remains unanswered is who really is behind all this.

Who brutally took away the life of the innocent young soul Rashid? Justice delayed has always been justice trampled upon but let’s see how things will unfold.

Don’t be too quick to dismiss Akothee

Diamond´s ex, Lyyn brings the Internet to a standstill after invite to the Wasafi Festival 2019

Barak Jacuzzi at it again in ‘Lifestyle’