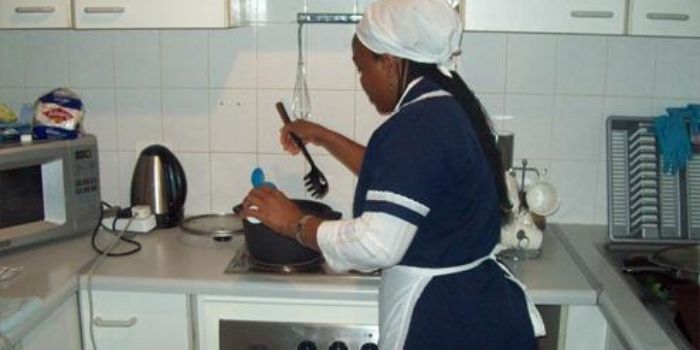 Justice Nduma Nderi has ordered a man to pay his house help, Moreen Muhani, Ksh 270,964  after he fired her without cause.

The judge ruled that the house help was well within her rights to ask for a raise after which her employer got angry and kicked her out.

“The employer violated sections 36,41,43 and 45 of the Employment Act 2007 and the claimant is entitled to compensation. Justice Mathews Nderi Nduma during a past court session

“I find that the house girl did not contribute to the termination of her job. She was underpaid and was victimized for asserting her right for salary increment,” ruled Nderi.

When Muhani started her job, she was employed on a salary of Ksh 3,000 which the judge ruled was unfair.

After working for two years, her boss sent her away without any terminal benefits.

Over the years, house helps have been shielded from unfair practices and working environments which were largely dependent on employers.

The government set the minimum wage for house helps at Ksh 10,000.

The law also requires employers to enroll them into NSSF and NHIF schemes.

According to the Employment Act 2007, employers should award certificates of service to their house helps upon lawful dismissal.

The judge also ruled that house helps deserve to be paid for work done during public holidays and weekends.

Muhani was awarded Ksh13,473 for the holidays she worked without rest stating that her employers violated labour laws. Panic as 18 Devolution ministry staffers test positive for the virus