During an interview with YouTube channel, ´Beyond the Screen´ Baba Wambo opened up on his deejaying career that took a turn with the hand of amongst others, Chris Kirubi. 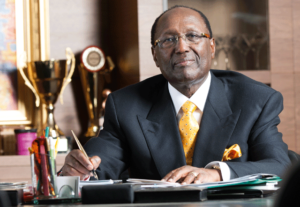 In 2010, I auditioned and got into that year´s edition of the competition. I got through the quarters in Nanyuki, the semis, and I made it to Carnivore for the finals. I used to sleep at the office deejaying and when the finals came, it was only me and DJ Nelly. Mind you, they had said that they wanted to push the beer brand.

Despite being a gospel deejay in a competition swarmed by secular DJs, he made it to the top through sweat and hard work, but left with only one to floor. 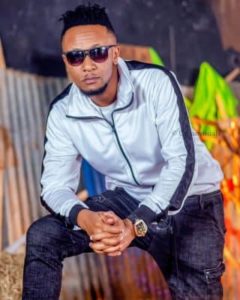 DJ Mo´s loss to DJ Krowbar during the Pilsner Mfalme 2010 edition, saw his career change for the better

Unfortunately, the win was not his.

I thought he also deserved to win, maybe God had planned that it was not my day. I thought to myself, that if one door closes, God will open another.

A loss that killed DJ Mo´s spirit, having come second, and he decided to have it rough.

However, the gospel DJ was called in by the organizers, after which he conceded defeat.

Despite the fall, his reputation had grown. Earning him a nomination in the 2010 Groove awards, hardly did he know, that this came in doubles.

During the award ceremony, affluent billionaire, Chris Kirubi was the one presenting the ´Gospel DJ of the Year´ Award.

Here, their paths crossed and doors opened for what was life-changing in DJ Mo´s career.

When I was on stage, Chris Kirubi was like, ´you are a gospel DJ? And you have that much influence in the category? Come to my office on Monday.´ That´s how I got the job at Capital FM.

Soon after, DJ Mo received nomination for the 2011 Talanta Awards that went down in the US – an award he bagged home. 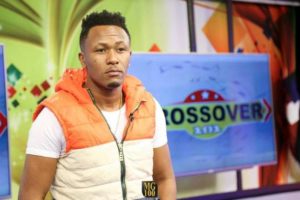 A week later, he landed his first job at Capital FM –  an opportunity that saw NTV seek him out for the now Crossover 101 show, that he is part of, till date.

Least to say, the rest was history, having scooped several accolades since then.

Diamond was spotted with Hamisa over the weekend, Esma spill the beans

Six ways to maintain focus as you age

Where should gospel musicians draw the line?