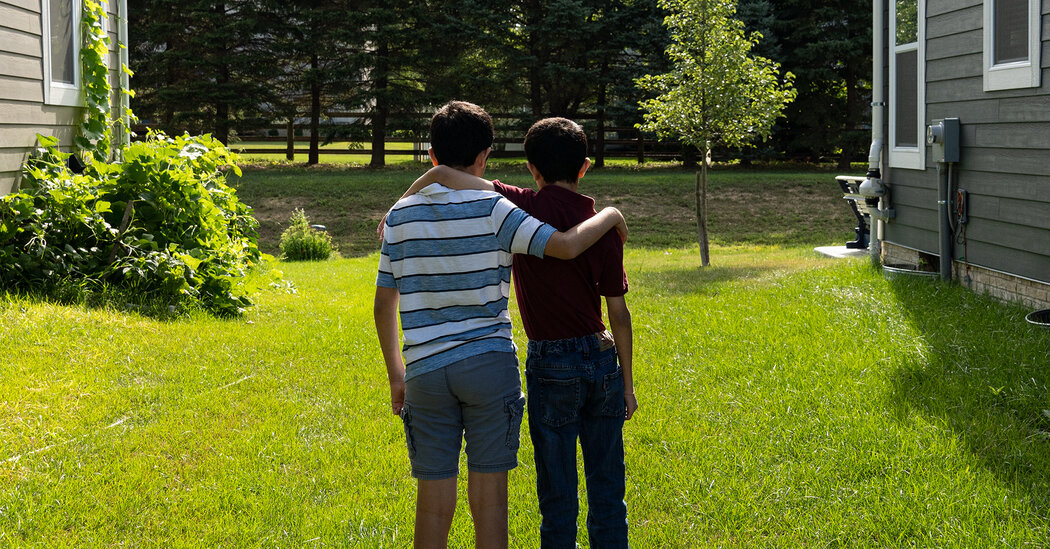 Even if he could understand his suffering, even if his suffering turned out to fit into the universe like a puzzle piece, that wouldn’t make enduring it any easier. If I could choose between explaining suffering to my son and equipping him against it, I would choose the latter. Wearing a Kevlar vest is better than knowing the physics guiding the bullet.

The first thing I will tell him is: Remember you are not alone. He will go under the knife alone, but he will never be alone. When the anesthesiologist pushes the plunger, Twin A will close his eyes at the center of a crowd: the parents, grandparents, brother, sister, aunts, uncles and cousins who wish him well. When he opens his eyes again, texts will light up dozens of phones on two continents. And from the very beginning of his life, he has had a best friend to help him fight this fight: Twin B.

The second thing I will tell him: Don’t focus on your bad luck, focus on your good luck. Because everyone has some of both. If my son had been born a few decades earlier, or if he had been born today in any of a number of different countries, he would not have had access to fetal echocardiograms, cardiopulmonary bypass and advanced surgical techniques. He would have turned blue and passed away within days, perhaps hours, of his birth. Every movie night, every pineapple pizza, every road trip, and that day when, at 5 years old, he met his newborn sister for the first time: None of that would have happened.

The last thing I will tell him is this: Love who you are. If he could meet an alternate version of himself without his condition, a Twin A who never suffered, he would not recognize that boy. His father, too, would have been a different person. I feel some envy for that self — but also mild contempt. How shallow that other me would have been, how complacent, how fundamentally silly.

Love who you are, I will tell him, the way we love you. Go through what you cannot go around, and when you come home from the hospital and take that first hot shower, look down with pride at your sternotomy scar. That wound doesn’t just show the world that you suffered. It shows the world that you healed.

Looking back on my 12 joy- and anguish-filled years as a father, I have discovered the inadequacy of any one idea of life. Instead of relying on ideas as answers to questions, I have come to regard them as tools.

As a young doctor, I had no thought of divine intervention, karma, the soul, God or any theological scaffold for human existence. Radiology atlases, not Holy Scriptures, guided my interpretation of the scan.

Sh2b for slums upgrade: The Standard

‘Will we die of hunger?’: how Covid-19 lockdowns imperil street children | Global development

After Another Week of Setbacks, Trump Looks to Change the Story Line

8 Dead After Attack in a Wildlife Reserve in Niger

Opinion | The 19th Amendment: An Important Milestone in an Unfinished Journey