After years of working at the Bahati’s house, Diana Marua decided to step into her nanny’s shoes for just 24 hours and it was nothing but crazy escapades.

The mother of two, who was Blessed enough to have several individuals run errands for her in the house while she is away and doing her own stuff, did not realize just how much her nanny does to put the place together.

But today was going to be that day.

The beauty ditched her fancy looks for the nanny’s uniform, no makeup, humbled looks and doing the dirty job. 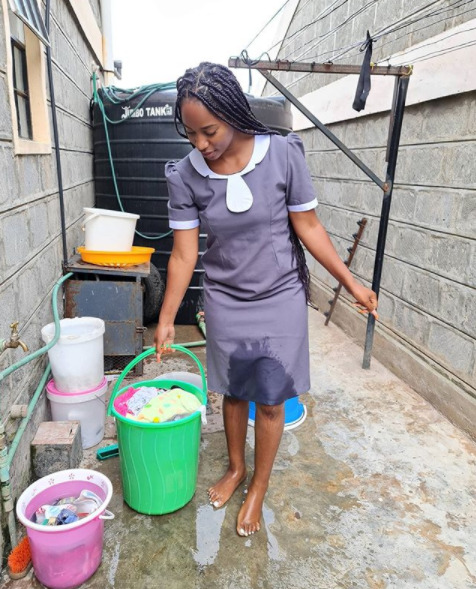 Ms Marua getting her hands dirty

Also read: “I was ready to settle down with a married man,” Diana Marua shares her experience as a side chick (Video)

Her nanny, Irene Nekesa on the other hand, stepped into Marua’s shoes, just to have a feel of what it feels like to be the celebrity her boss is.

Nekesa ditched the nanny’s uniform for Diana’s outdoor look, complete with a designer clutch bag, the slip-ons, the wig and a full makeup look.

Diana Marua was forced to humble herself as Irene ordered her around the house. 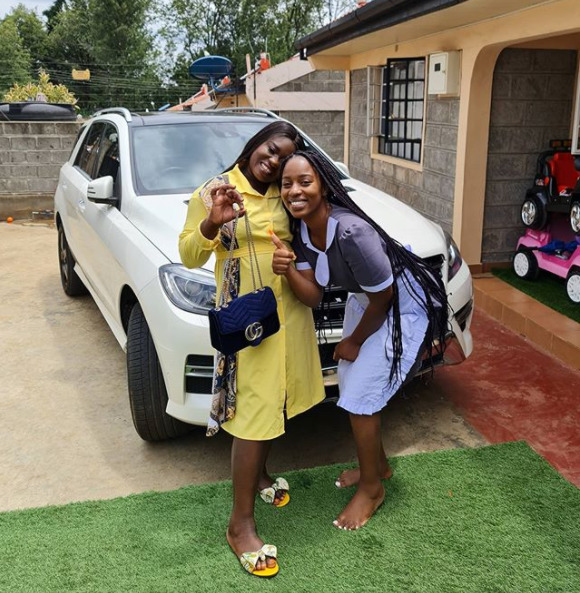 Marua prepared Irene to leave, fed the children, washed them, prepared breakfast and packed some fruits for Irene to go with.

The two had their usual conversation in the house, minutes before Diana leaves. Talking of how the house has run out of resources, from food, to diapers for the children, to water bills that needed to get paid.

Diana Marua who was so humbled, had to plan the meals for the day, complaining about how just too much the work in the house is. 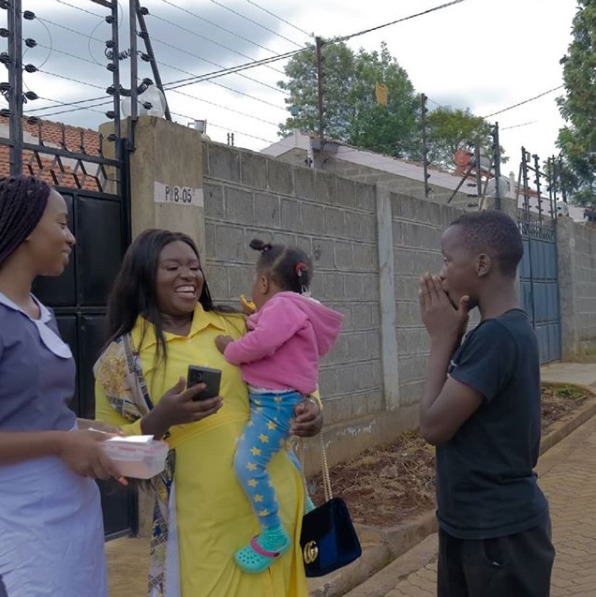 After Irene left, Marua had to lure the babies to sleep so that she can concentrate on the house chores.

Looking pretty worn out, Diana had to rush to the market in nanny’s attire on a motorbike and back. Then get dinner ready before ‘her boss’, Irene Nekesa arrives home.

For Marua, never again will she take the place of a nanny. Watch as it all goes down:

Ladies, here is how to tell your man is trash

“Your down fall is coming!” Fans bash Diana Marua for boasting about her husband’s wealth

Boondocks Gang is the future of Kenyan music