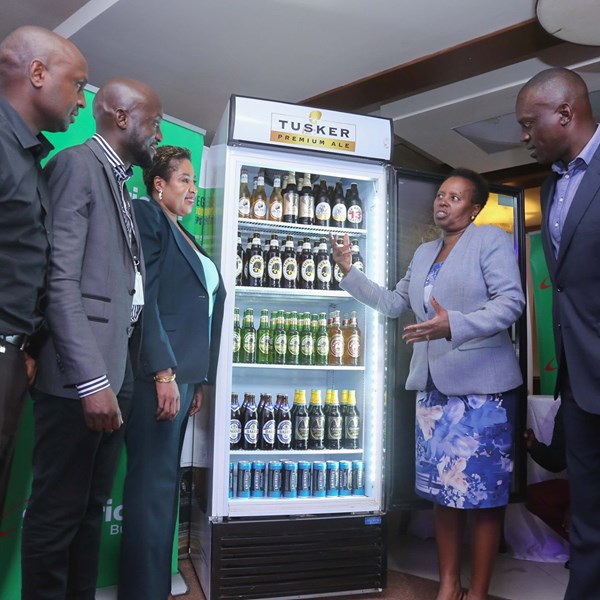 Bar owners in Kisumu and its environs now plot a boycott against Kenya Breweries Limited products over what they term as poor customer service that has seen faulty fridges dumped in the region.
Some of the bar owners while narrating their ordeal to Weekly Citizen pointed that most fridges supplied in the region are faulty and rarely operates for two months before breaking down after each repair service.
They noted that the development had impacted negatively on sales as most customers prefer cold beer.
A spot check by our under cover team in Kisumu revealed that KBL fridges in most entertainment joints at the Lakeside city have been abandoned and empty.
Kenya Breweries Limited competitors are said to be harvesting bountifully from the fridge crisis that has hit Kisumu as a number of customers rapidly shift their loyalty to other brands Sierra, Heinken, among others from the neighbouring Ugansda served in modern reliable fridges.

Similarly, management of once top joints in the City, Club Barcadia and Janam had bitterly complained following an awful experience with KBL fridges before they respectively closed doors.
However independent investigations point that the experience could be a result of what’s suspected to be a questionable deal between crook officials within KBL and local contractors responsible for repair of fridges in the region.
The bar owners have demanded immediate intervention from the company’s top management intervention to arrest the matter before it spiraled out of control.