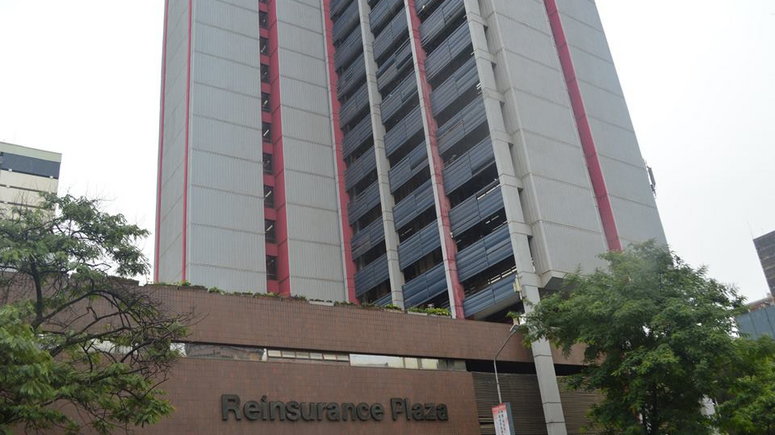 The office of  commissioner of insurance Sammy Makove is engulfed in war with United Insurance Company.

According to sources, shareholders of United Insurane Company have described as blatant abuse of the office after Makove’s moved to court with a petition seeking for the closure of United Insurance Company, despite the company running without any trouble.

This is even after stakeholders of United Insurance before the court in 2018 agreed by consent to form a claims settlement committee to roll out the payment of claims.

But the a defiant Makove who appears to be having a vested interest in the saga dismissed the committee with representatives from statutory managers, shareholders, service providers, third party claimants and members of staff.

For starters, United insurance was placed under statutory management on July 15 2005 but what instantly raised eyebrows is when the commissioner of insurance opted to appoint Kenya Re corporation as the new manager.

This was despite the fact that the newly appointed statutory manager (Kenya Re) by then owed United Insurance Company over Sh150 million and the move raised serious questions whether a debtor could be appointed as the manager of the entity they owe.

This left Makove badly exposed as it was a clear confirmation that he had embarked on glaring abuse of office as far as handling of united insurance case was concerned.

On the contrary there was general feeling that instead of issuing orders to manage the affairs of United Insurance, Kenya Re which was treated as a major debtor should have been compelled to pay up the debt which in turn could have helped troubled united insurance sort its liquidity problems.

The decision by Makove was later prominently captured in a landmark ruling of former High Court Judge Mary Ang’awa who in her 2007 ruling pointed that Kenya Re was not a person to appoint as a stator manager.

The ruling further declared the appointment of Kenya Re as a statutory manager as null void abbinitio and illegal, which was a big blow to Makove.

In her ruling Anga’wa observed that Kenya Re was not just anyone since it had a stake in the company to pay its insurance premium and therefore it was imprudent to be appointed as the new manager of United Insurance Company.

After the landmark ruling, Makove presided over a process that ensured that removing Kenya Re as the manager was purely frustrated and it took another grueling seven years for the commissioner of the insurance to remove Kenya Re from office and that was on October 1 2014.

During the seven-year period, Kenya Re seemingly under full protection of Makove went on rampage and reportedly sold off some of the properties belonging to United Insurance Company, including highly priced UIC Towers.

disappearance of the Sh150 million debt yet it was the same fund the United Insurance had pegged hopes on to pay thousands of their claimants.

Weekly Citizen is informed that after the disappearance of the money in question from United book and illegal sales of the properties, Kenya Re hurriedly prepared a status report to the commissioners of the insurance declaring that United Insurance was insolvent and should be wound up.

In what appeared as a well calculated move, sources claim that the commissioner of insurance after receiving this report from Kenya Re hurriedly went to High Court and filed a petition to wind up United Insurance on its insolvent allegations.

But the suspicious move was swiftly objected by the shareholders of united insurance who wrote a petition to Justice Muhammed Warsame who was in High Court by then. Warsame ordered Deloitte Auditors to do an audit and file their report to court.

In the turn of events, the auditors filed a clean bill of health report for United.

Strangely enough the commissioner of insurance continued with his petition to wind up the insurance company despite the positive report by Deloitte.

The petition itself is fully sponsored by the taxpayers’ money and word has it, those pushing the move have vested goals in the matter.

Still with Kenya Re in office and winding up petition in court, there was a High Court ruling on miscellaneous civil suit for 545 of 2006 before Justice Alfred Mabeya where Makove stated in court papers that the applicant contended that the last extension of the manager appointment was on September 15 2011. Suprisingly, the receiver manager is still in office.

The court papers further reads “In observance of its role the manager had submitted its status in December 2011, whole conclusion were inter alia that the company has assets that can offset all the liabilities and regain solvency to the tune of Sh1.3 billion that having studied the manager’s report”.

The above statement is contained in a High Court ruling delivered by Judge Mabeya on March 28 2012.

It was therefore worrying the stakeholders that even after filing these documents in court by the commissioner of insurance admitting that United Insurance is solvent, Makove reportedly continued using taxpayers money to finance the petition.

It is against this background that the unhappy shareholders are now calling upon detectives from both Ethics and Anti-Corruption Commission and their DCI counterparts to swing into action.

However Weekly Citizen is informed that after seven years of Kenya Re mismanagement of United Insurance Company, they were replaced with a one Evanson Munene as the statutory manager on October 1 2014 but his eventful term was shortlived when he was replaced on June 26 2015 by the Policy Holder Compensation Fund, PCF is a state corporation under the ministry of Finance that was established in 2004 and commenced its operations in 2005.

The fund was established for the primary purpose of providing compensation to policyholders of an insurer that has been declared insolvent and for the secondary purpose of increasing the general public’s confidence in the insurance sector.

Liverpool in the hunt for Mbappé and Neymar? – Weekly Citizen