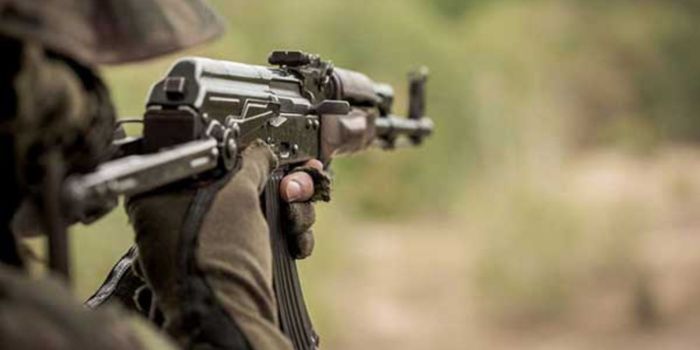 A police officer was on Friday night, October 16, allegedly shot dead by a colleague in Burumba location, Busia County.

The constable, Francis Kalewa, who was shot on the right side of his back under unclear circumstances, was in the line of duty when the incident took place.

Events started unfolding at around 9:40pm when an elder by the name Pamela Atieno reported that villagers wanted to lynch a 26-year old man who had been accused of stealing motorcycle parts by boda boda operators. An image of rescue operations in Narok

In an attempt to save the man, three officers, Constables Kalewa and Wycliffe Kibet Kaptila and corporal John Kipkemoi Kenduiwo, went to the scene to help the suspect, Samson Peter.

However, as they were trying to help him board the vehicle, angry residents started throwing stones at them probing the officers to shoot in the air before leaving.

“As the police officers were approaching the station, it was noted that Constable Francis Kalewa was bleeding,” reads with the OB Number 91/16/10/2020.

Kalewa was rushed to the Busia County Referral Hospital but unfortunately succumbed to his injuries while receiving treatment.

It is still unclear how the officer ended up getting shot and the Busia Sub-County Criminal Investigation Officer (SCIO) has since launched investigations into the matter.

The late Kalewa is said to have fired two bullets into the air from his AK47 gun while his colleague, corporal Kenduiwo, fired three.

Kenduiwo has since been arrested and the deceased’s body taken to Tanaka Nursing Home morgue for autopsy.

The police came days after officers in Lamu allegedly shot and killed an ex-convict who tried to confront them with a knife and a toy pistol.

A police report indicated that an officer arrived at the scene of crime at Gadeni but the suspect drew a knife and threatened to stab the officers, probing the officer to shot him dead.