Orange Democratic Movement leader Raila Odinga is now a worried man following the waning influence his party has been undergoing in the Western region of late.

Raila was recently hosted by his colourless deputy who happens to be the Kakamega governor Wycliffe Oparanya, during a function which was boycotted by a sizeable number of members of parliament from the region who ascribe to ODM. William Ruto has been making political forays in the Western region where his chief point man is former Kakamega senator Bonnie Khalwale. During a sugar task force meeting, Kisumu MPs from Western declared that they are fully behind Ruto bid for the presidency. The task force was formed by Uhuru Kenyatta. Oparanya and Wamalwa had a rough time at Kakamega Airstrip after irate youths heckled them moments after they arrived at the venue.

The youth were reportedly opposed to the newly constituted Luhya leadership line up where the governor, the CS and Cotu boss Francis Atwoli, were chosen as the community’s spokespersons. The two leaders, who were recently appointed Luhya spokespersons by Atwoli, visited Kakamega Airstrip to distribute food to flood victims in the county. However, it turned out to be a sour visit as a group of youth welcomed them with chants of Ruto! Ruto! Ruto! Khalwale used the event to gather some mileage, declaring that Ruto’s influence in the Western region had been stamped. “Oparanya and CS Wamalwa’s reception at Kakamega Airport said it, Kakamega is Ruto and that is final,” he proclaimed. 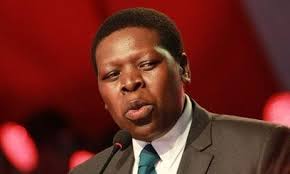 Oparanya who accused Malala of fanning the chaos that saw his motorcade stoned by angry youths in Kakamega town recently underscored the need to find genuine friends. Malala has already warmed up to ANC supremo, Musalia Mudavadi, and in the process, apologized over his political differences with the Luhya leader, and declared support for him as the community’s kingpin. Speaking during a funeral service of Church of God archbishop Byrum Makokha at Mariakani Christian Centre in Nairobi’s South B, the senator accused some forces of trying to use him to fight Luhya leaders. “I know I have made remarks against you for political reasons. But I have now asked Mudavadi for forgiveness,”

Malala told Mudavadi, who was present at the service. He said his decision to rejoin the party will not please some politicians whom he claimed have been benefiting from his attacks against his party leader for no reason. “I will continue working with the handshake team, but I will not accept to be used to abuse Luhya leaders,” he declared. Malala was part of the team of Luhya leaders who endorsed Oparanya and Eugene as the Western region’s spokespersons. But he claimed the resolutions made at Atwoli’s Kajiado home were reached after they had had drinks that may have “confused” them. His surprise political turnaround comes amid reports of a fallout with Raila over the counties’ revenue allocation formula standoff at the senate where he sits. 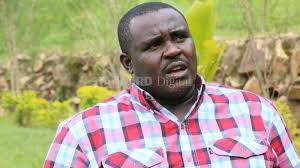 Recently, Raila lashed out at Malala, questioning his decision to oppose the proposed revenue sharing formula when his county stood to gain hundreds of millions of shillings. “If you are elected as an MP, or a senator, you are supposed to represent the people,” Raila told a gathering in Kakamega to rebuke Malala. Malala had earlier met Raila at the ODM leader’s Capitol Hill offices in what appeared to be a meeting to mend fences. Malala and ANC nominated MP Godfrey Osotsi have been on a warpath with Mudavadi but things seem to be changing. Osotsi accused the senator of flip-flopping and lying that they had agreed to rejoin Mudavadi. Osotsi was also present at the church function. 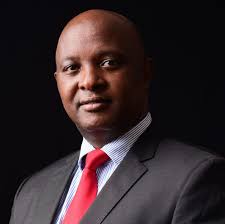 ANC had expelled Malala in June over his association with Raila and his decision to back an ODM candidate in the Kibra by-election. Raila says Malala’s revolt and opposition to the state-backed third generation revenue allocation formula is “mischievous”. In an indirect reference to Malala opposition to the third generation revenue allocation formula, Raila said there was something seriously wrong with senators whose counties would reap big from the new formula but were still blocking the passage of the formula by the senate. “Every MP is elected to champion the cause of his people and I find it strange that a senator opposes a formula that guarantees more resources to his county,” Raila told a meeting of ODM MCAs at the Butere home of the Kakamega governor. 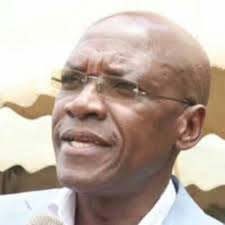 The media was kept outside the compound that hosted the ODM leader. Matters were made worse during speeches after the media was pushed further away from the compound by mean-looking security men. The ODM leader and Oparanya later flew away in a chopper. The MCAs, for unknown reasons similarly declined to talk to a battery media personnel camping outside the gates. The meeting had all the indications of a party in turmoil with only the combative Shinyalu MP, Justus Kizito, flanking the ODM leader, and Oparanya who is Raila’s deputy. Kakamega county has 12 elected MPs but the ODM party has only two, the other being Johnston Naika (Mumias West).

Oparanya’s deputy Philip Kutima also the county ODM chairman was said to have left earlier but this excuse could not blind the unexplained absence of other ODM elected leaders or those nominated, including Elsie Muhanda (woman MP), Gertrude Musirube and Naomi Shiyonga, senate nominated. Raila also vouched for the building bridges initiative report saying the recommendations would lead to equality, fair distribution of resources, including land and strengthening of governance structures. “Even as we wait for the report to be released, we must strengthen our party at the grassroots so that we don’t see these shades of colours (madoadoa) after the next polls. Oparanya said the Nasa agreement was responsible for the turmoil in ODM,” he said. 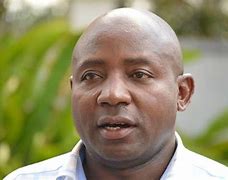 “When you agreed that Kakamega and Vihiga be under ANC and Bungoma and Busia be under Ford-K, it resulted in this problem but we are up to the challenge of ensuring we will reclaim our support in the region,” he said. Among the notable absentees from the Butere meetings were Malala and astute nominated MP Osotsi signaling the three- year political marriage with Raila was coming to a painful end. “He met with Bungoma governor Wycliffe Wangamati and Kanduyi MP Wafula Wamunyinyi late into the night “our source added. Wamunyinyi staged a palace coup in Ford-Kenya to upstage Chairman Moses Wetang’ula, a move that was widely resisted by party members countrywide. 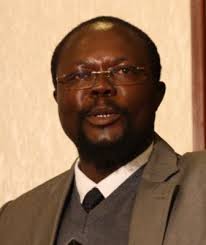 A source who did not wish to be named said adding Jakom is keen to make new friends in Western after his rejection by Musalia Mudavadi and Moses Wetang’ula whom they know as their leaders. Raila’s falling support in Western that could have the region’s vote against his building bridges initiative at the referendum, the source explained, was the drive behind the weekend meetings Immediately after the Ford-K rebels had left the home, Raila and Oparanya had another phase of discussion revolving around the emotive subject of graft in government and the ODM position to have Migori governor Okoth Obado impeached following his arraignment in court.

The standpoint has placed Oparanya at crossroads with his peers in the council of governors where he is expected to articulate their position as well as the divisive third generation formula.At least 18 counties are destined to lose out billions of shillings if the formula is implemented. Raila hitherto supported the formula hence placing him in an awkward political position. As chairman of the CoG, Oparanya finds himself at crossroads in both instances, is expected to advocate a non-partisan position taken by the council, which in most cases, counters his party position. During the deep night meeting, Raila also met rebel Ford-Kenya leaders at Oparanya’s Butere home in a political strategy to woo back his supporters in Western Kenya. 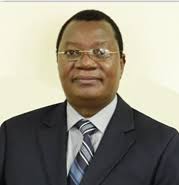 Raila who arrived at the Emabole village home of his deputy in the party ODM enjoyed a dinner hosted in his honour and held a meeting with Wangamati and Wamunyinyi that extended into the night. Later after the Ford-K rebels had left, Raila and Oparanya held discussions to strike a common ground on the divisive third-generation formula on revenue allocation, the current war on corruption and the dwindling party support in Kakamega and the Western region as a whole. The ODM leader also met Kutima, a select group of party officials and ward representatives in a meeting to devise ways to block a planned impeachment motion against Oparanya at the county assembly and to strategize on a grassroots recruitment drive.

Not All Face Masks in the Market Meet Set Standards

Will Raila win presidency 2022 if he runs? – Weekly Citizen

Ntimama family rebrands itself ahead of 2022 – Weekly Citizen