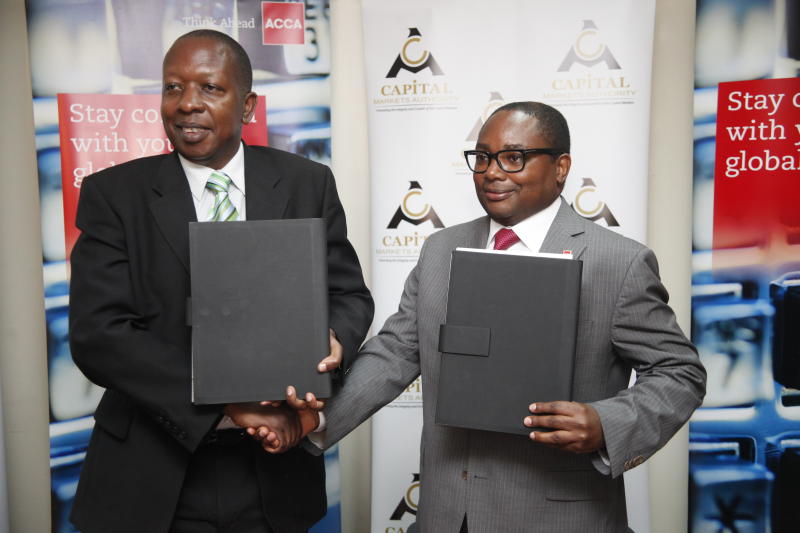 The Capital Markets Authority (CMA) said Tuesday the initial public offering (IPO) was part of the measures mooted to jump-start the securities market and increase local participation at the bourse.

The proposal comes at a time when market consolidation and foreign turnover at East Africa’s largest bourse has hit a record high, prompting the regulator to make proposals to the National Treasury.

“We believe corporations like KPC and Kenya Ports Authority could have their ‘KenGen’ and ‘Safaricom’ moments if the government offloaded some of its shareholding to the public.”

Ombara was speaking while unveiling CMA’s Capital Soundness Report for the third quarter of 2020 in Nairobi.

According to the report, foreign investors accounted for 75.5 per cent of the total equity turnover at the NSE in September, up from 65 per cent in August and 60 per cent in July.

The overall value of shares traded between April and September 2020 rose from Sh12.7 billion to Sh13.9 billion, as more investors cashed out in the months following the outbreak of Covid-19. The report says market consolidation at the NSE has reached an all-time high, with the top five listed firms accounting for 77 per cent of the bourse, up from 73 per cent last year.

This has raised concerns about CMA and NSE efforts to up investments from Kenyans. The last time the NSE held an IPO was in 2015 when Stanlib issued 625 million shares of the Fahari Real Investment Trust at Sh20 per share.

The share price now trades at Sh8.8. CMA wants firms that bid for the State’s Sh3 billion Credit Guarantee Scheme to list at the bourse. It also wants a fund to cushion listed firms from the effects of the pandemic.

How virus could shape planning of future megacities

Search for young enterprising females in tech kicks off