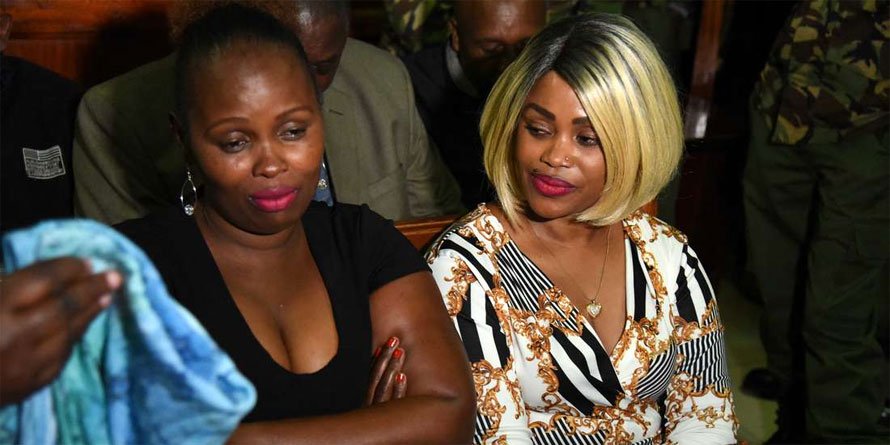 Ngirita NYS: The list of all multi-million properties that NYS scam suspects bought can now be revealed.

This is after the State flagged down these properties for repossession.

4). Two apartments and three boutiques, which are all linked to a couple under investigation.

A number of these cars were seized from the merchant’s palatial home in Muthaiga. Others were recovered from a relative’s home.

One of the boutiques operated by his wife is situated along Banda Street in the central business district, while the other two are in Thika town.

The businessman and his wife, who is also the director of a suspect firm and was recently blocked from travelling out of the country, are among the 54 individuals charged with the theft of Sh. 469 million.

A senior NYS official could also lose his property that includes:

1). Two upcoming malls along the Eastern bypass and Kangundo Road in Nairobi.

A 2017 Range Rover worth Sh. 27 million that belongs to a senior staff involved with the Integrated Financial Management Information System (Ifmis) is also flagged.

A house in Kitisuru linked to a senior Ministry of Public Service, Youth and Gender Affairs official as well as another house in Embu town and three vehicles have also been identified for recovery.

A second senior NYS official owns three vehicles and a house in Muthaiga, which have also been flagged.

Two vehicles belonging to a family that supplied the Naivasha and Gilgil NYS stations are also marked for repossession.

Other than the property, the State has frozen all bank accounts through which the funds were wired. At least seven banks are under investigation for violating banking regulations.

The Assets and Recovery Agency (ARA), which was part of the multi-agency team pursuing the case, has been profiling the properties before moving to courts to get freezing orders.

Some of the suspects are said to have mysteriously withdrawn millions of shillings from their accounts. The audits started back in 2014 up to this year when the individuals are said to have gained from NYS. Ngirita NYS.

Millionaires next door? Inside the quiet lives of Kenya’s super rich

Why Safaricom Jazz festival is more than just music

Amount of wealth 8 of Uhuru’s Cabinet Secretaries own