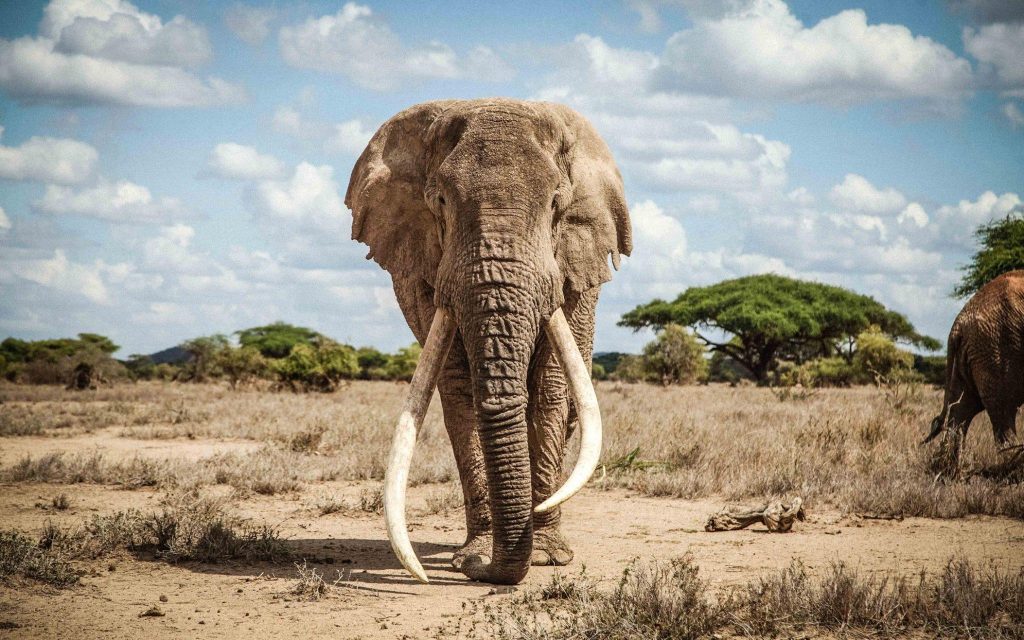 The celebrated elephant died early Tuesday morning aged fifty in Mada area Amboseli National Park. The majestic Amboseli beast was one of the few remaining big tusker elephants that remained in the World.

There have been multiple threats to Big Tim’s life but he had multiple lives and always stood back up. The entire Amboseli Park family was taking special care of Tim and that ensured the elephant lived as long as it did.

Some years back, the Great patriarch of Amboseli National Park, was struck on the head with a large rock and pierced through the ear with a spear, the tip of which was embedded in his shoulder. It was an encounter with poachers that another elephant would have bowed down to but Tim did not.

Kenya Wildlife Service (KWS) in collaboration with partners sedated and treated him and then he found his way back to Amboseli marsh in a fairly short time.

Tim’s other encounter with death was when he was stuck in mud at the Amboseli and it seemed like that was how he would end his journey. The place was inaccessible for trucks and cars and wardens had to improvise other techniques to rescue it before time ran out.

The African Bull Elephant was struggling to get out but couldn’t. It could die from exhaustion so the rescuers had to be first. The first step was to loosen the mud, so rangers knocked a hole in a concrete agricultural furrow upstream. Water flowed in, and the mud slowly started to release its grip.

A tractor then managed to get the closest it could to Tim, which was about 100 metres, then Rangers strapped him and pulled him out. The majestic Tim has always been under close watch of the Rangers ever since the incident.

Tim survived that and many other ordeals that would have seen him bow out. The body of the majestic Tim will be taken to Nairobi National Museums of Kenya in Nairobi for a taxidermist to prepare it for preservation for education and exhibition purposes.

Elephant families are matriarchal and males are solitary from the group when they sexual maturity. But Tim was always welcome to travel in the company of females and their families. He was unassuming, unpretentious and laid back.

A benevolent, slow-moving preserver of the peace at Amboseli, he was well known and loved throughout Kenya.

Harmonize proves he can make it without Diamond Platnumz