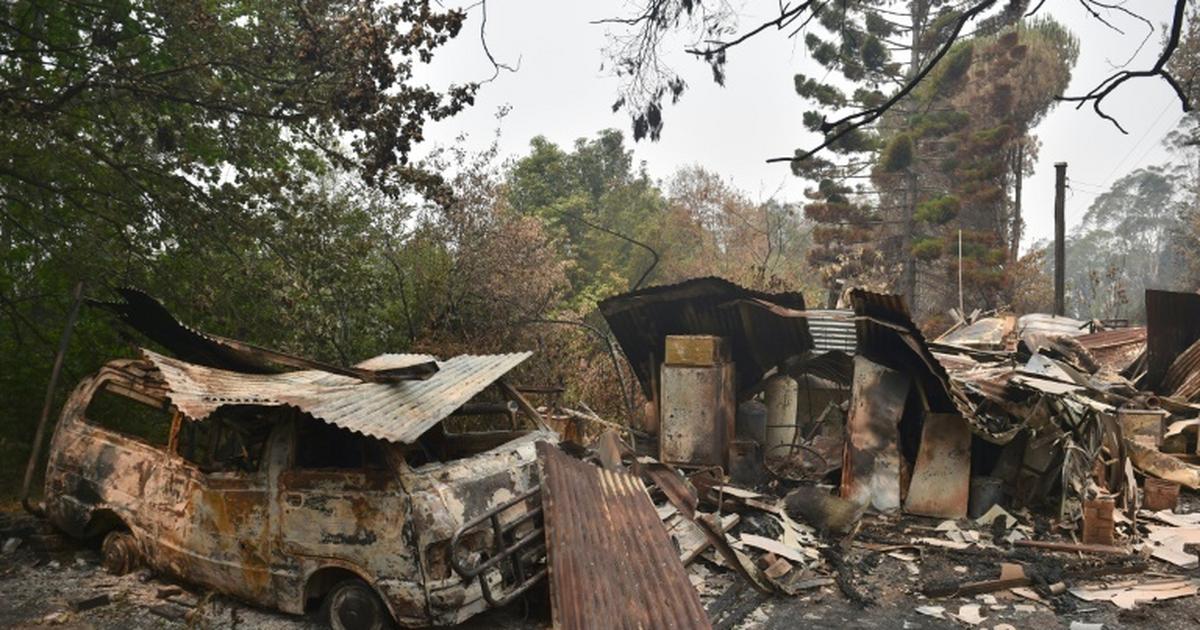 Hundreds of blazes are burning across Australia, which is experiencing a devastating summer bushfire season fuelled by a prolonged drought and climate change.

Victoria Emergency Management commissioner Andrew Crisp said residents and holidaymakers still in the area faced being stranded as it was now “too late to leave”, with his agency warning it was “not possible” to provide aid to all visitors in the area.

The Country Fire Service’s Brenton Eden said it would be a “very dangerous” day for people in the state, with lightning already sparking a number of blazes.

“Winds are gusting and unfortunately this is a dry lightning front that is going to move rapidly across South Australia,” he told national broadcaster ABC.

Conditions are also expected to deteriorate over the next two days in worst-hit New South Wales, where 100 fires were burning Monday morning including more than 40 uncontained.

Sydney and other major cities have been shrouded in toxic bushfire smoke haze for weeks, forcing children to play indoors and causing professional sporting events to be cancelled.

The crisis has focused attention on climate change — which scientists say is creating a longer and more intense bushfire season — and sparked street protests calling for immediate action to tackle global warming.

While conservative Prime Minister Scott Morrison belatedly acknowledged a link between the fires and climate change, he has continued his staunch support of Australia’s lucrative coal mining industry and ruled out further action to reduce emissions.

A petition to cancel Sydney’s famous New Year’s Eve fireworks and use the money to fight bushfires ringing the city has topped 270,000 signatures, but officials say the show will go on.

Sydney has spent Aus$6.5 million ($4.5 million) on this year’s fireworks display — funds that the Change.org petition argues would be better spent on supporting volunteer firefighters and farmers suffering through a brutal drought.

I accuse the press of sex education confusion

40 Celebrities You Forgot Were On Dancing With The Stars

5 important conversations you shouldn’t avoid in your relationship