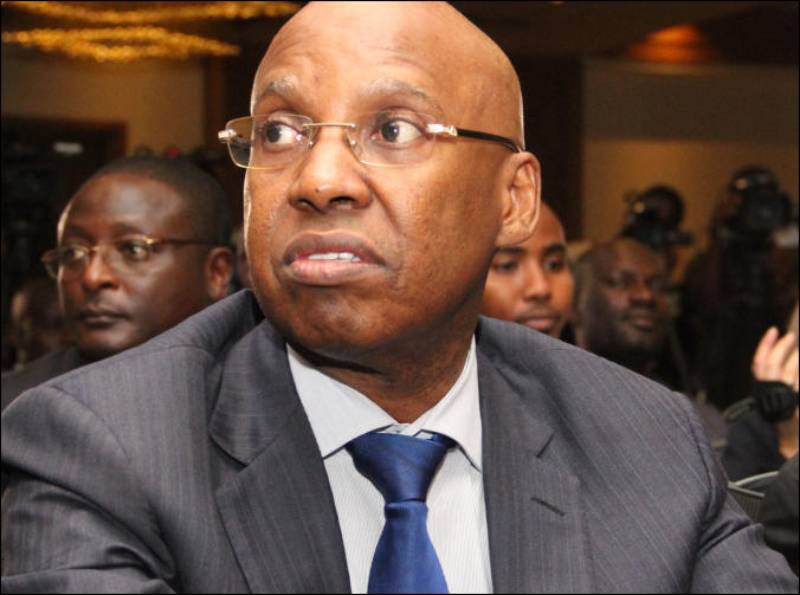 The fortunes of multibillion shillings tenderpreneur Jimi Wanjigi have taken a nosedive after Uhuru Kenyatta cautioned Raila Odinga against hobnobbing with the controversial tycoon, terming him as the face of corruption in Kenya.

Uhuru, sources averred, demanded Raila breaks ties with Jimi arguing that hobnobbing with him was throwing cold water on the war on corruption which the two leaders have vowed to lead and impact negatively both locally and internationally.

To Uhuru, Jimi is among the top 100 Kenyans associated with corruption just like his deputy.
Jimi, who made a fortune by executing dubious deals such as Anglo-Leasing in the Daniel arap Moi and Mwai Kibaki regimes, is now on his own and has resulted to financing the Wachira Kiago-led Kikuyu Council of Elders as he seeks to catch the attention of the establishment.

Prior to the March 9 2018 handshake between Uhuru and Raila, Jimi, who was one of Nasa coalition’s key financiers, was a darling of Raila’s family and would appear in public with them in all the events.
Raila even slept in his house when police raided his house to arrest him for being in possession of illegal guns on October 17 2017.

The ODM leader spent the night at Jimi’s Muthaiga residence to ostensibly ensure he was not harassed by police.

But of late Jimi has not been accompanying Raila to public functions, the latest being when the ODM leader jetted from Ethiopia to pay his last respects to the late Moi at parliament. 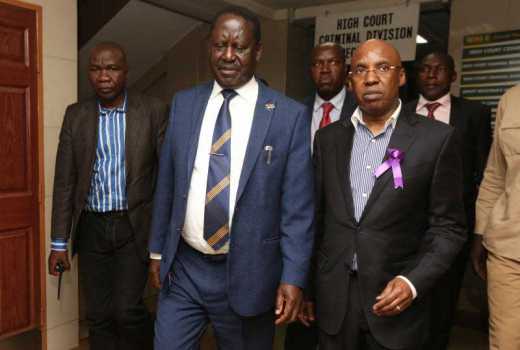 Raila met the family of the former president together with his wife, Ida and son, Raila Junior. Jimi was spotted at parliament paying respect to late Moi alone. Curiously, the controversial tycoon was all alone at parliament unlike in the past when a coterie of ODM MPs would be on his side.

Jimi, according to sources was not privy to the handshake deal and wanted to hijack it.
By then, the handshake politics was shaping up and Jimi wanted to use Raila to penetrate the corridors of power to cut deals.

According to sources, when Uhuru and Raila initiated the secret talks that would culminate in the handshake, one of the conditions was for the ODM leader to severe his ties with people with corrupt background with Jimi being the target.

This explains why during the March 9 2018 meeting at Harambee House, Raila was accompanied by his daughter Winnie and Suna East MP Junet Mohammed.
Jimi learnt of the meeting when the press broke it just like Musalia Mudavadi, Kalonzo Musyoka and Moses Wetang’ula.

Jimi fell out with Uhuru and Ruto in 2013 after the Jubilee administration failed to give him the Standard Gauge Railway tender which was handed to the Chinese government.

But tongues wagged days after the handshake when Ruto sent news to the media houses that he had hosted Raila, Uhuru and Jimi at his Karen home for lunch.

They had come from requiem mass of former Maendeleo ya Wanawake chair Jane Kiano at ACK St Francis Church which is close to the DP’s official residence.

That was the last time Jimi was publicly seen with Raila and all his attempts to reap from the handshake by posing as the broker have hit a brick wall.

Jimi’s presence had given indications that he would be covertly pulling the strings given that he is a former friend of the president.

But according to sources, Uhuru has never forgiven Jimi for boasting that the Jubilee party was formed in his house.

“I want to tell Uhuru that you know this home very well. You have had meals here with my family several times. The current government was formed in this very house,” Jimi told the media after they fell out with the president in 2017.

The tycoon added that it was in his house that Raila agreed to concede defeat and shake the president’s hand in 2013.

But Jimi, who has been one of the driving forces behind Nasa is however happy that Raila pushed for the dropping of criminal cases that would have seem him jailed.

Plot to have Khawale replace Murathe in Jubilee – Weekly Citizen