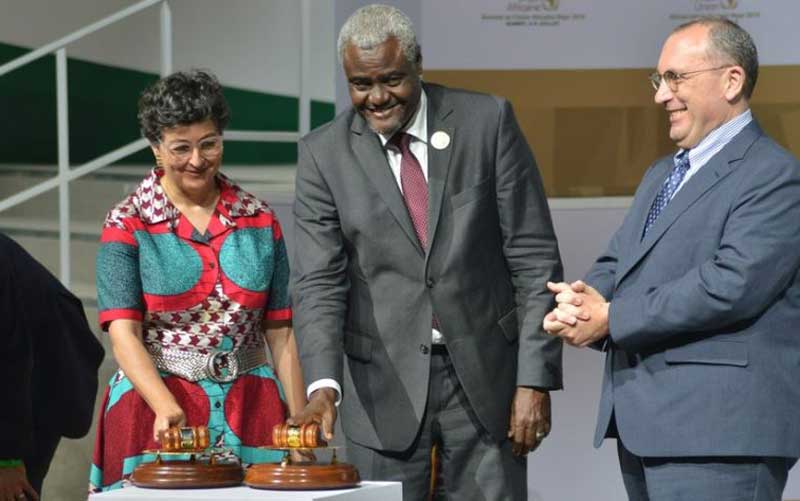 As African countries brace for the upcoming trading regime under the African Continental Free Trade Area (AfCFTA) Agreement, uncertainties are looming as to whether the pact could deliver its expected aspirations amid the unprecedented economic perils exacerbated by the Covid-19 pandemic.

The AfCFTA, which was launched in March 2018 in the Rwandan Kigali, has so far garnered 54 signatories, offering a new hope and continental exhilaration in terms of boosting intra-African trade, and eventually facilitating Africa’s development and industrialization. According to the United Nations Economic Commission for Africa (UNECA), once in operation, the African free trade accord has the potential of boosting intra-Africa trade by more than 52 percent by 2022.
Initially scheduled for July, the implementation of the AfCFTA agreement was postponed due to Covid-19, and experts and analysts are expressing their doubts whether the African continent could benefit from its ambitious flagship initiative.
Costantinos Bt. Costantinos, an economic advisor to the African Union (AU) and the UNECA, told Xinhua that the AfCFTA, which was officially launched by African leaders on July 7 last year in Niamey, Niger, has the potential of “injecting ground-breaking momentum” for advancing intra-Africa trade.

The expert, however, stressed that countries should brace for the realisation of “enabling factors” that are deemed necessary for the effective implementation and success of the free trade deal, such as infrastructure connectivity, lifting of economic barriers on cross-border trade, and adjustments to national economic strategies and policies.
Costantinos, who is also a professor of Public Policy at the Addis Ababa University in Ethiopia, singled out infrastructure connectivity as the mainstay of an improved trade and economic integration in Africa, warning that failure to bring about efficient infrastructure integration would cost the continent the success of major AfCFTA aspirations.
High stakes
As countries set to start trading under the AfCFTA any time soon, the AU has also recently warned that “the time-frame is tight and the stakes are high”. The Institute for Security Studies (ISS), an African non-profit organisation, also cautioned African governments and pan-African organisations to carefully analyse global lessons and think beyond short-termism to effectively tap into the AfCFTA.
“While the agreement is lauded as an African solution to African problems, it is worth remembering the pitfalls of those who have travelled a similar journey to avoid the same mistakes,” it said. “This is even more important as trade agreements worldwide show signs of unraveling.”

In recent years, African countries have been urged to harness the potential of the AfCFTA to withstand ominous global trade and economic scenarios attributed to the growing protectionism sentiment.
Speaking to Xinhua recently, Antonio Pedro, director of the UNECA Sub-regional Office for Central Africa, stressed the need to tap into the AfCFTA as “a much more dependable” option to realise Africa’s major economic development and industrialisation aspirations amid growing pressure on multilateral platforms.
“At a time when the global trade is characterised by much uncertainty and when the rest of the world is becoming increasingly inward-looking, it’s good that Africa unites under the AfCFTA and leverages the plentiful opportunities available within the continent,” Pedro said.
AU Commissioner for Trade and Industry Albert Muchanga also told Xinhua that although the notion of protectionism is on the rise across the world, Africa is contributing positively to the global multilateral system.”The AfCFTA is being formed at a time when protectionism and retaliatory trade measures are on the rise,” Muchanga said, stressing that it will also allow African-owned companies to enter new markets.

Busy airspace as domestic flights resume in Kenya: The Standard

How to make Lapsset pay for itself: The Standard